This Apple Pear Cranberry Crostata swaddled in a tender, buttery crust and served with a homemade pumpkin caramel sauce screams autumn, but it’s a dessert you’ll want to make well into winter.

I love how crostatas, aka galettes, are informal, rustic, and extremely versatile. They can be savory or sweet, and showcase whatever combination of flavors you can dream up. Here, we married the sweetness from apples and pears with the tartness of cranberries. Cinnamon and nutmeg are layered throughout to keep that fall flavor profile at the forefront. 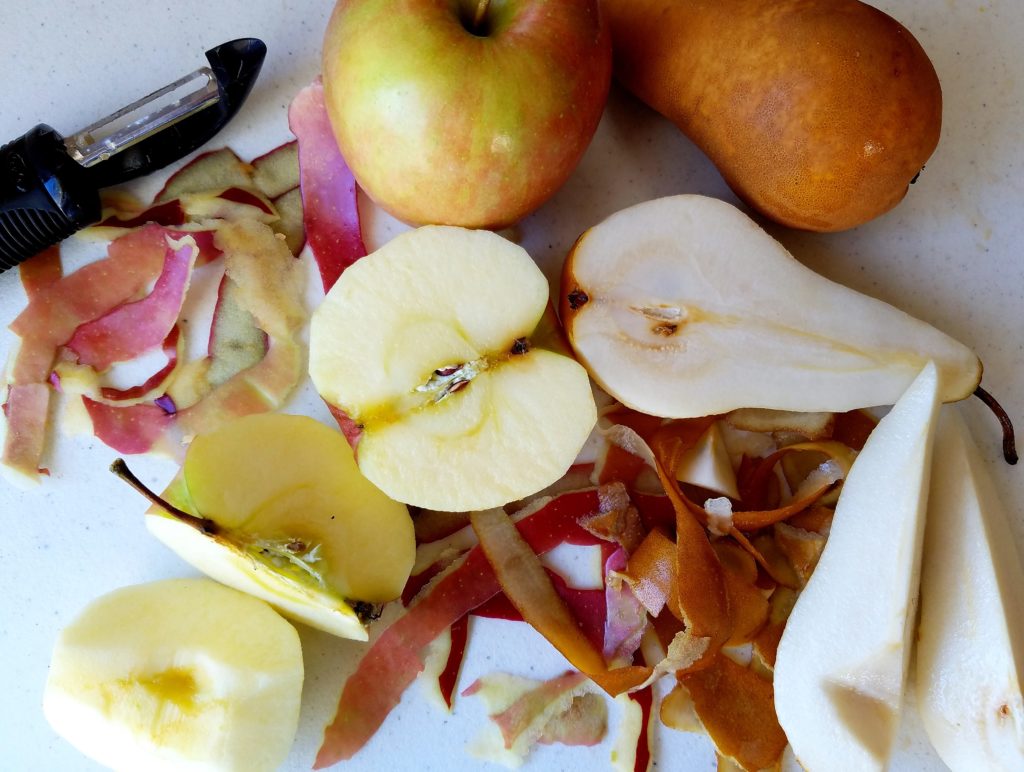 You’ll kick things off by making the crust first. The food processor makes life super easy when it comes to whirling up dough. Once the dry ingredients are combined and the ultra-cold butter pieces are blended in, it’s time to drizzle in liquid to bring everyone together. I used white grape juice instead of typically used water for a touch of added sweetness.

The dough should ball up to one side of the food processor bowl, then turn out to a floured surface, shape into a disc and wrap her up in plastic to chill for a bit while you make the filling. 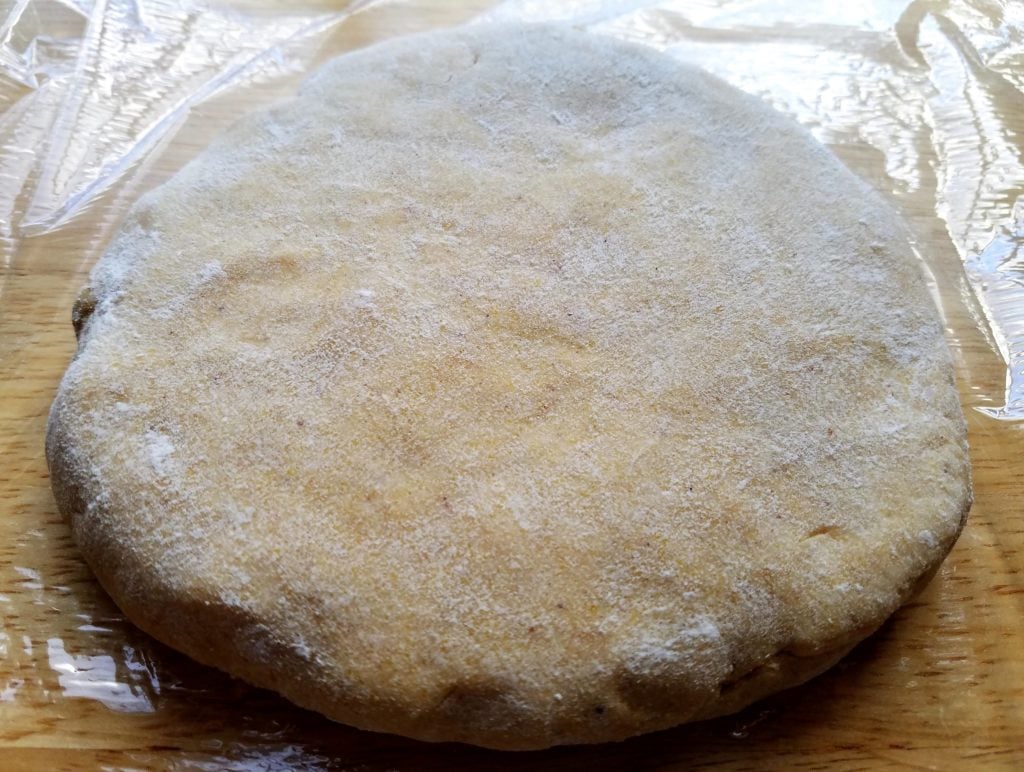 Let the apples, pears, and cranberries get happy in a large bowl with some brown sugar, lemon juice, flour, cinnamon and nutmeg before piling on to your rolled out dough. Keep a 1 ½-2 inch border so the edges will fold up easily to encase the fruit. 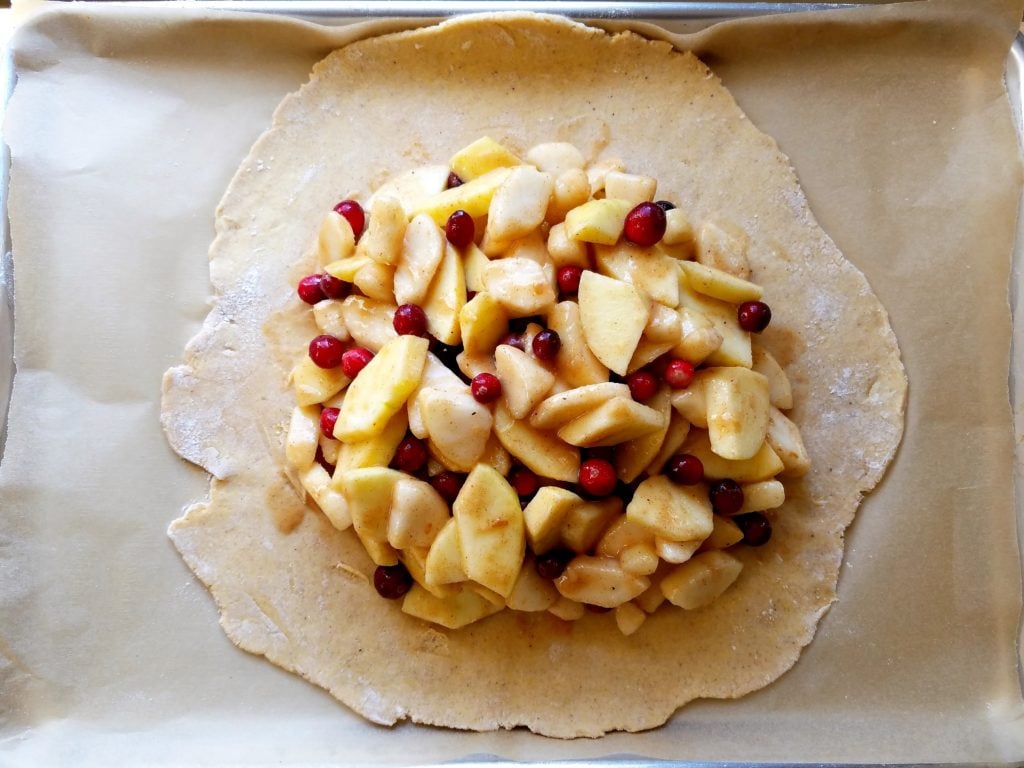 Brush the crust with an egg wash and sprinkle it, along with the exposed fruit, with a cinnamon-sugar mixture for that extra golden flare. 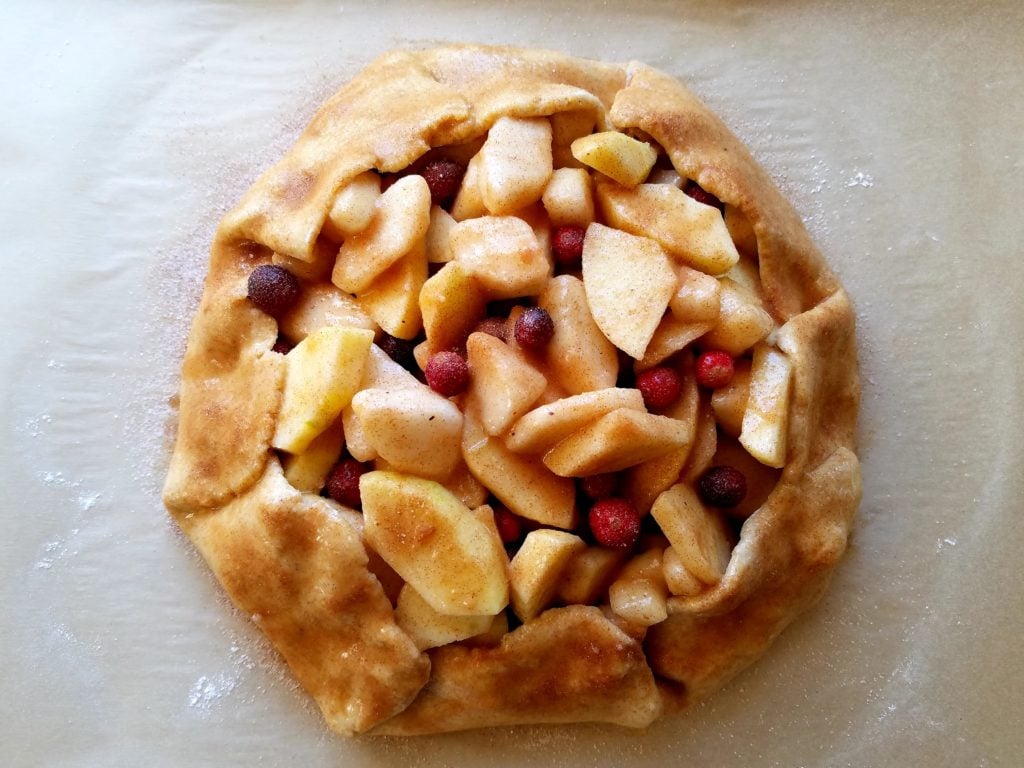 After 40-45 minutes in the oven, the crust will be crisped and browned yet tender inside, and the fruit will have a beautiful caramelization without being too soft. 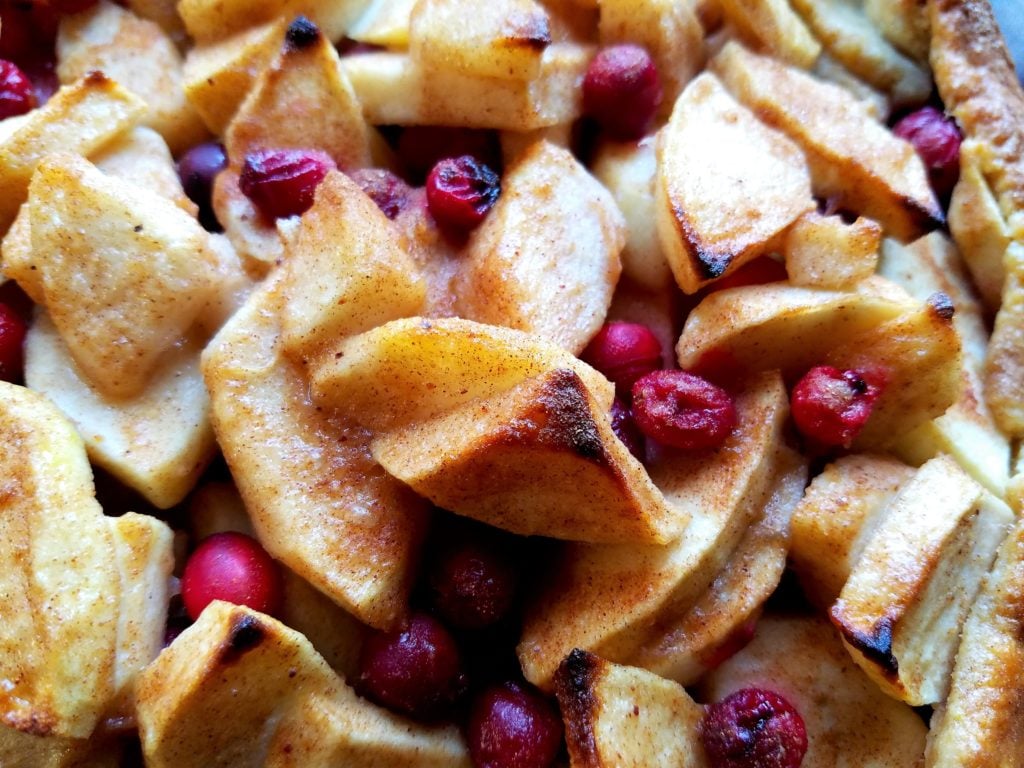 Serve this beauty up with a homemade pumpkin caramel sauce (recipe included below), freshly whipped cream, or a big dollop of vanilla ice cream. Enjoy! 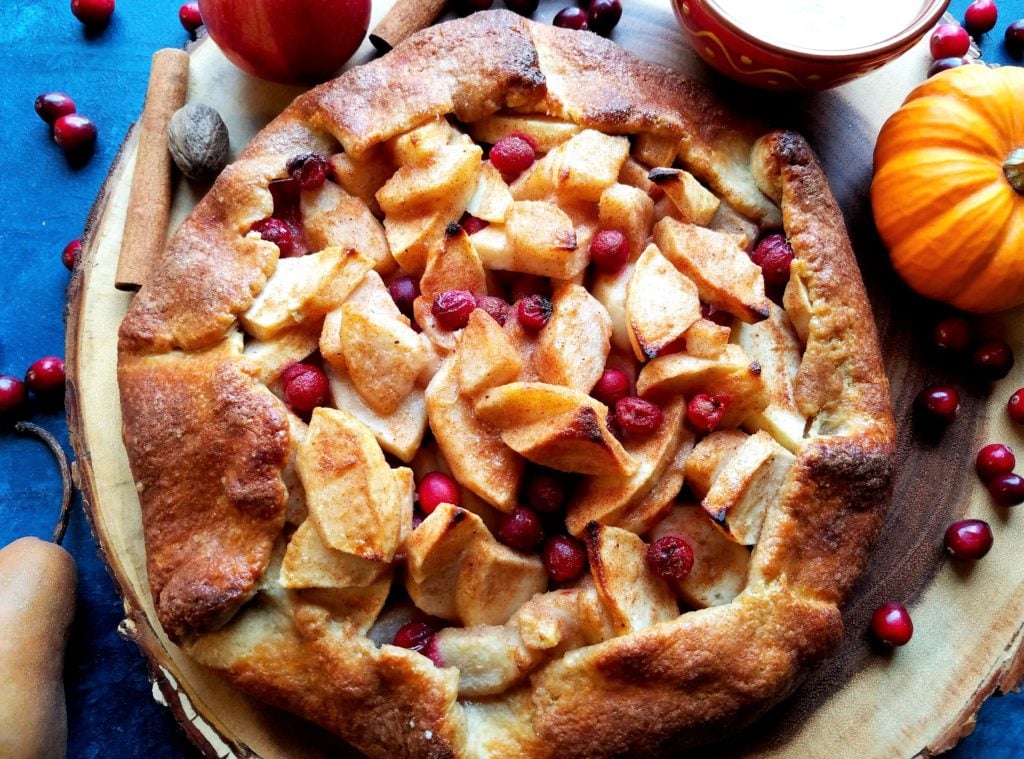 Still have a sweet tooth?! Check out these other mouthwatering desserts! 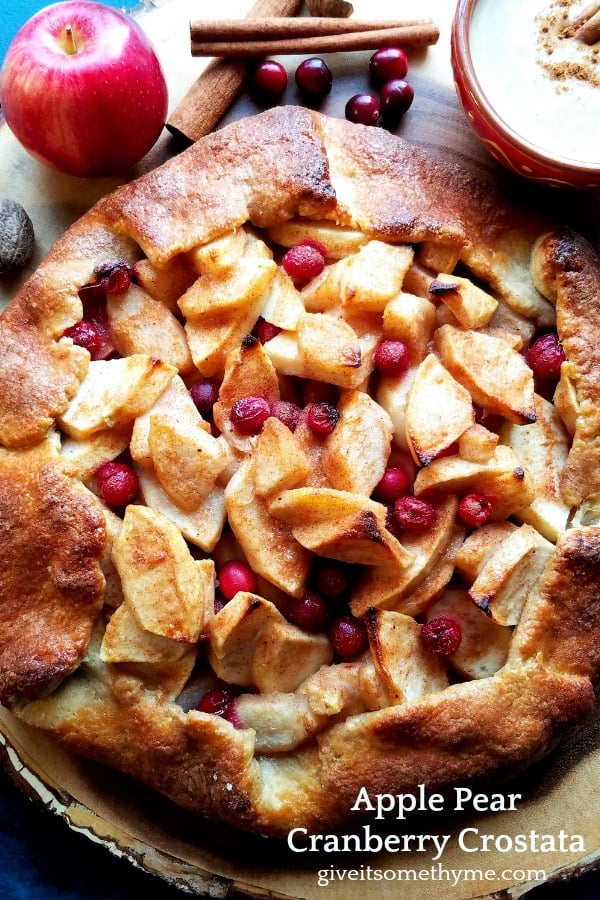 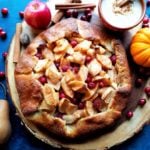 Pumpkin Caramel Sauce (optional, but to die for) 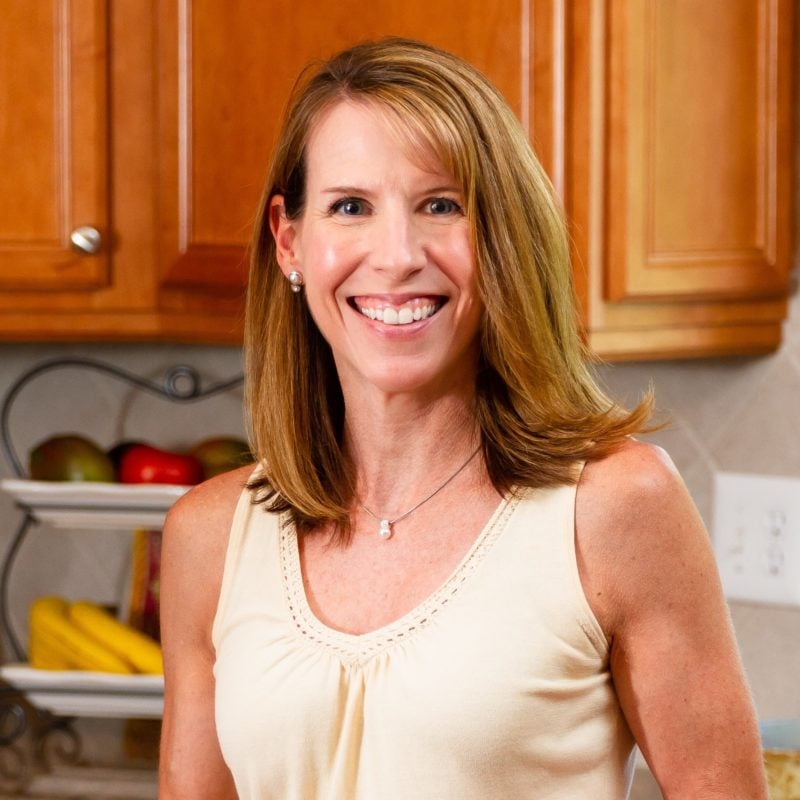 Trending on Give it Some Thyme